Ah! the myth that is the Photosniper or fotosnaiper. Pure industrial Soviet cold war brutishness. Isn't it wonderful? Solid and can be parachuted into North Korea at the drop of a fur hat.
Used by Soviet spies the world over. No it wasn't! It was used by East German border guards on the Berlin wall yes but other than that it was 100% a nature photography lens. They sold them from the start in the West with English writing all over them!! Google it. There's a few sites that go through the history including Nikita Khrushchev's resurrection of it.

I actually have two versions, both FS-3. The one I use, the black one which has been adapted for DSLR use with a trigger and cable and the grey one which has been left original. I did have a Canon 60D dedicated to this lens but I sold it and now use either the 70D or 6D. Either do the job. There are numerous versions going from FS-3 up to FS-12 and FS-122. The main difference is the camera used and if your going to adapt to DSLR you wont worry too much. I would advise on an FS-3 as they are cheaper and the glass is probably better as the later they are the more likely they are to economise. 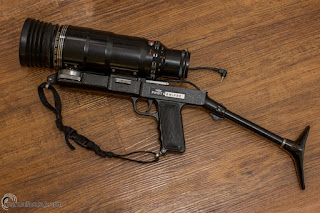 I got the grey as a collectors piece. Both the black and grey are actually identical however the grey is a very early version. When Khrushchev made Zenit make them again they produced them in this lovely laboratory grey. Only the first few thousand where like this. After that they were all black.
This grey set is 100% original and has everything in it bar the two film cassettes. The things you don't usually get are the eye cup, the box straps, the instruction manual and most importantly the passport with hand written serial numbers. Mine has it all in lovely grey.
You can turn the open metal hammerite coated box upside down and nothing will fall out. Everything is clipped and screwed down. Fantastic things I love it. It turns a few heads to. 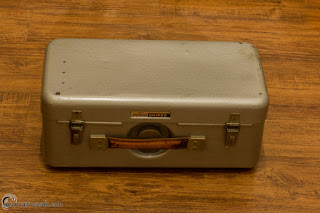 This nuclear war proof metal box is also a backpack! 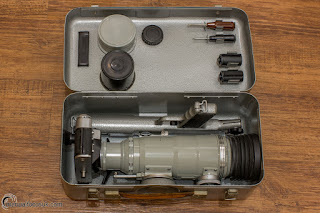 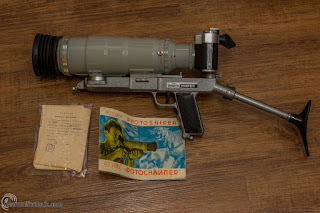 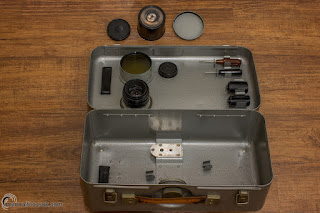 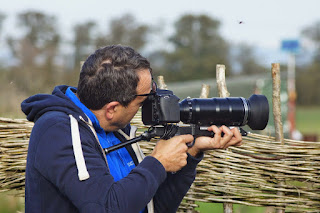 The TAIR 300mm f4.5 is actually a very good lens. Russian glass is close to anything Zeiss made at the time, in fact they used a lot of Zeiss equipment confiscated after World War Two in East Germany. Russian lenses are a fascinating and complicated subject. Well worth a google if you want a good read. 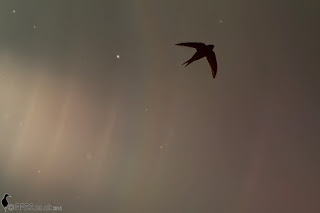 Amazing effects can be had. 'House Martins at midnight'!! 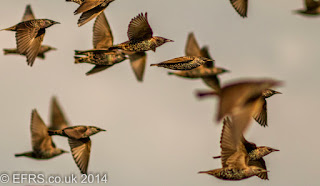 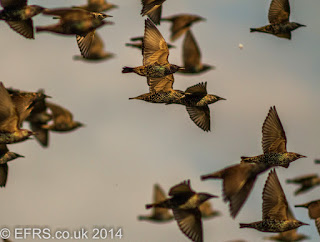 So sharp you can see the poo 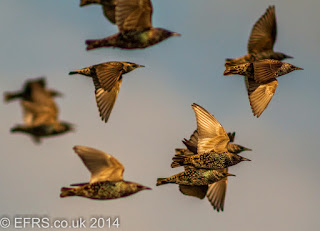 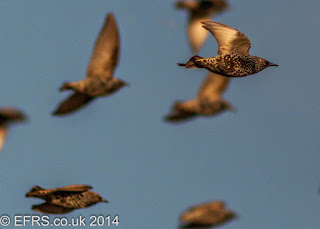 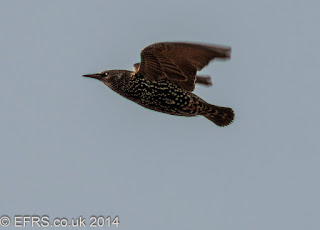 To be honest I don't use this very often since I do have my 100-400L Canon for this sort of thing however I will be doing so in the near future just for the fun of it. Don't be fooled by 'spy' bollocks in adds and don't pay over £100 for a fully kitted out black version. You get a free Helios 44 58mm with it to! BTW the difference between the two? If you scratch the nice gloss grey its matte black underneath. They just didn't bother putting the top coat on the blacks!
Another interesting fact about Russian lenses. They came in three grades.

In other words if you want a good example of any Russian lens or camera buy one with English text.