You can take a Horseman to water....


I have a new toy! Now there's a surprise. Now the thing is I have been reading and looking into Large Format cameras for a while. This came from my interest in tilt and shift lenses. My brother has a Toyo 4x5 . Unfortunately I was put off by the expense and trouble of developing and scanning 4x5 film. Then I had an epiphany. While looking through said large format cameras I came across a special breed. I fell in love instantly with them. They were perfect. They folded up nice and small, had all the movements, well most and to top it all you can use 120 medium format film. I was sold and a nice gentleman in Japan sold me a rather nice Horseman VH with three lenses and a film back. The lenses are all the 'Super' range which are reputedly better than the 'Professional' range and are the 65mm f5.6, 90mm f5.6 and 150mm f5.6. All very nice and capable of being used with all the movements. I subsequently got a few more backs which are all 6x9. I like the back system as you can load up with colour and B&W and swap as you like as can be seen below with the same shot in both formats. I will do a full breakdown of the Horseman in the gear section when I get round to it so in the meantime here are a selection of shots taken in Glastonbury Abbey where I had a good old play with the movements etc. So be prepared for some extreme focal plane fun! 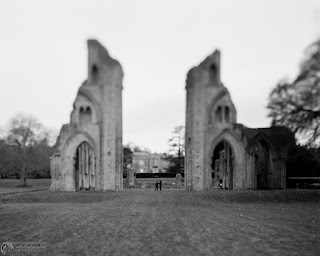 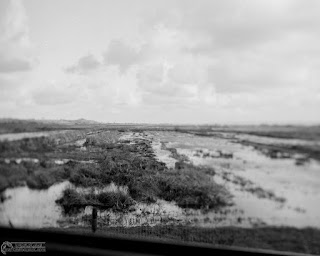 Oops this isn't the Abbey. It's Greylake Nature Reserve. 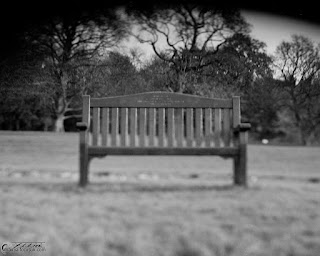 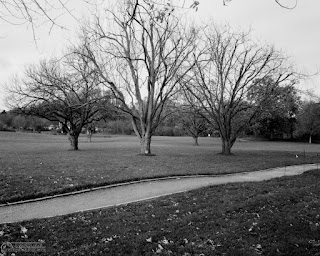 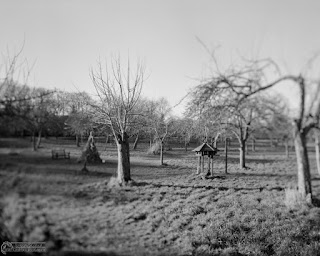 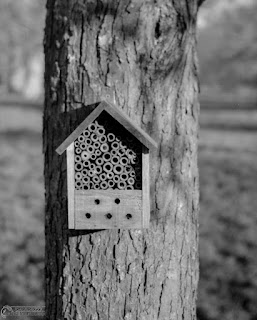 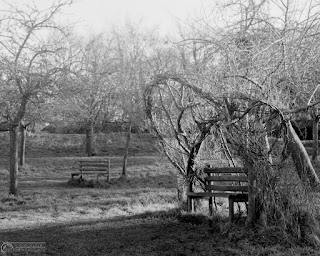 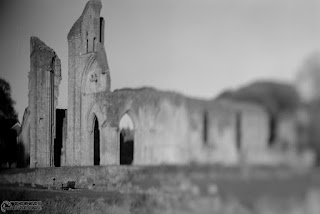 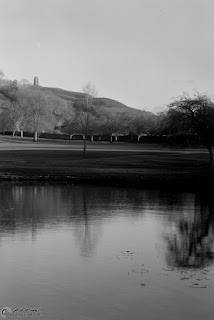 Really like this one. If I had had a red filter for the sky the moon would have been more prominent 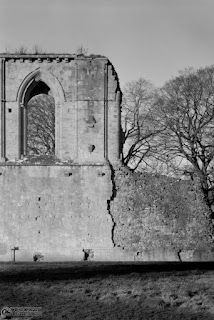 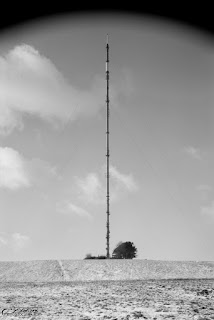 When movements don't work. Full tilt and full shift doesn't quite make it 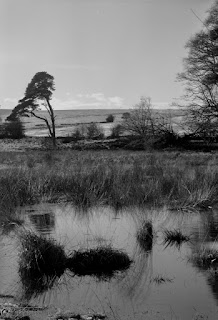 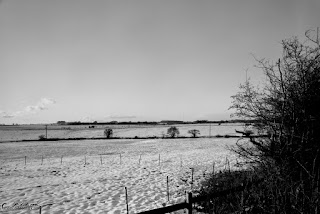 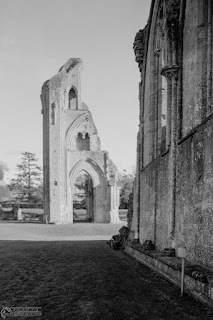 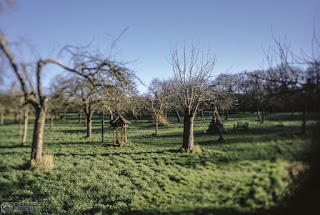 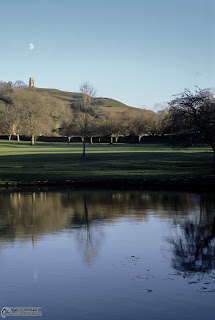 Looks very different in colour and the Moon stands out better. This is also one that I did properly with the tilt deliberately done so that everything from the Tor to the weeds in the pond were in focus. 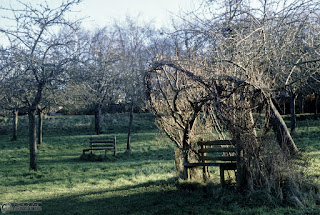 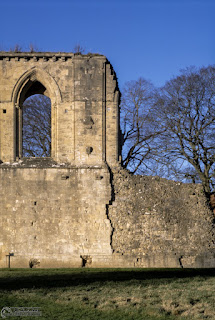 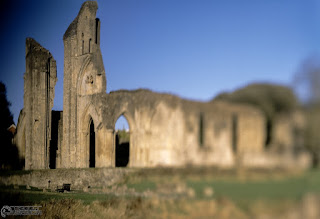 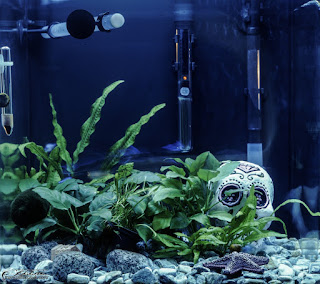 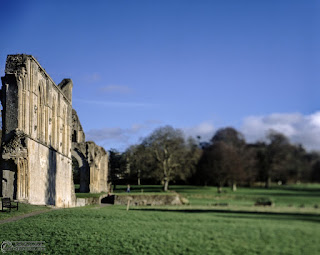 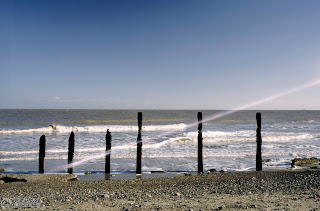 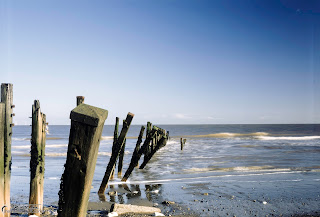 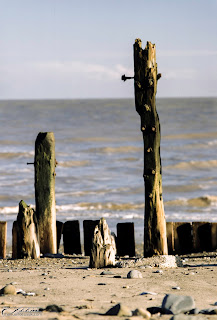 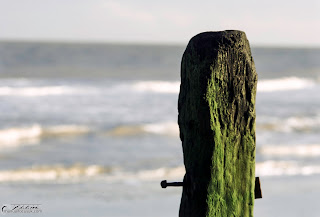 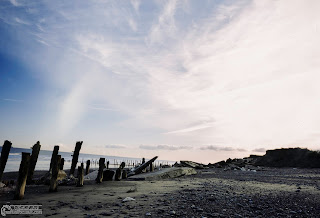 So that was the playing around stuff. I'll crack on and try it for real next and use the movements as intended. As a final note I lovingly refer to this camera as the 'Speed Camera' this is not an ironic nod to the time it takes to actually press the shutter but as a consequence of when I set it up by the road between Glastonbury and Street to try and get the Starlings as they murmurated across on their way to Hamwall....... 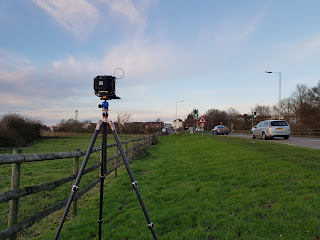