It was a day of regression on another trip up north. When I was a kid I visited Jodrell Bank with either the school or scouts can't remember which. Anyway I was knee high to a grass hopper and still in short trousers. (Actually thats not true I don't think I ever wore short trousers after the age of three) and here I was back at the old place and still impressive. They were doing work on one of the legs so the dish was pointing straight up. This was actually a good thing as it enhanced the symmetry of the thing. I got to work with the Pentax and whipped out all four lenses at some stage or another. I could be nothing other than Delta 100 could it. Further regression will appear as you scroll down! 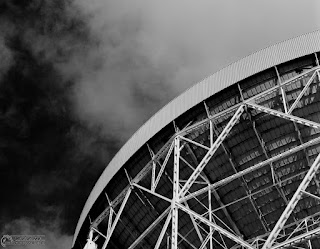 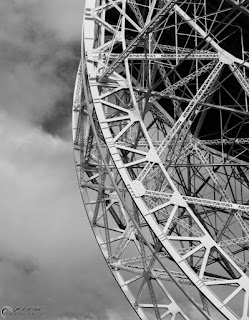 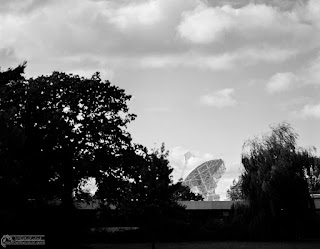 One of the baby dishes 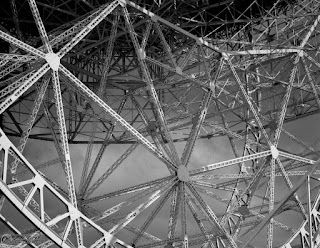 The light was especially good this day. 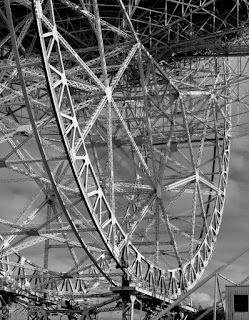 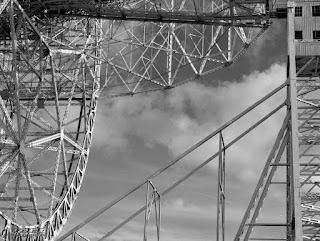 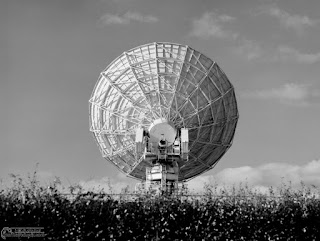 An even smaller dish 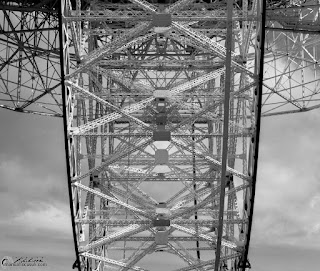 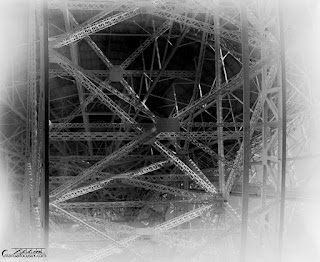 Ah now this was completely intentional I assure you. Ok no it wasn't. In all my giddy school boy regressive excitement I read '10' on the screen and promptly opened the back. A shriek was let out as I saw the film backing paper still spread across the insides. The back was quickly snapped shut but of course a human 'quickly' is actually a rather long exposure in the film universe. Schoolboy error at it's best. To my amazement the shot I had just taken which was across the film aperture only received a tiny amount of light and created a rather nice vignette. The previous frame was half lost. 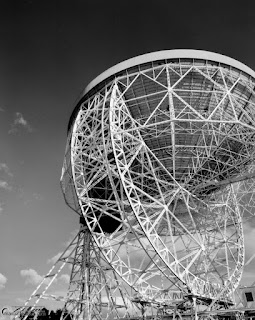 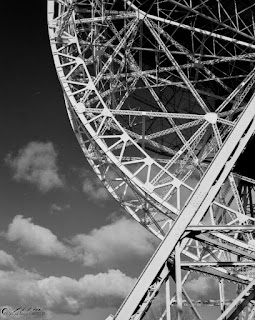 The red filter really earned it's keep with these shots. 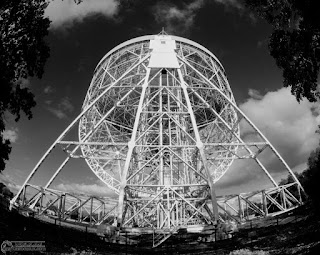 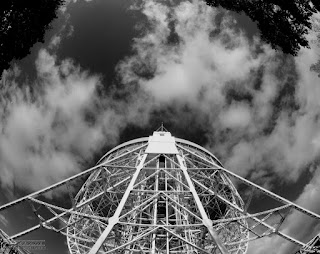 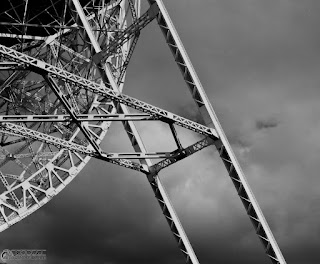 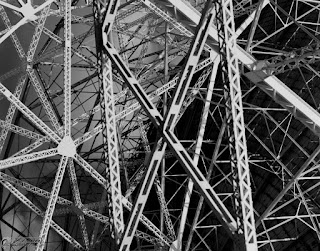 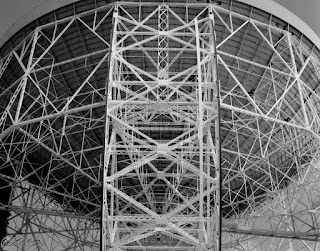 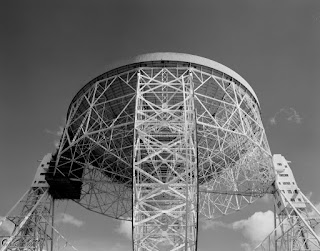 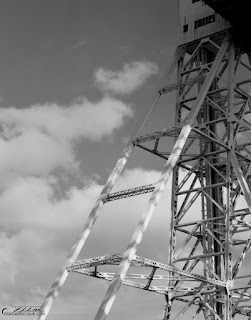 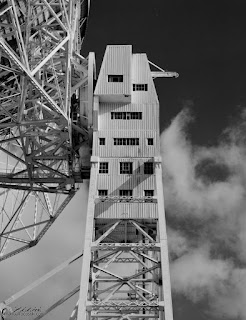